Do Refugees have the Right to Work in Romania?

The Council of Europe Committee on Migration, Refugees and Displaced Persons on their session on Refugees and the Right to Work state:

“The right to work is a fundamental right, well-established in international law, without which other rights are often meaningless. It is essential for realising other human rights and to preserve human dignity and it is necessary for individuals and their families to maintain livelihoods, receive income and contribute to development and recognition in the community”.

The right to work is enshrined in virtually all major legal instruments, trickling down from the Universal Declaration of Human Rights to the regional European Social Charter and further down to the national legislation of each EU Member State. So is the right to work for refugees, which trickles down from the 1951 UN Refugee Convention, to the whole asylum aquis of the EU and down to all the asylum legislation in EU Member States.

Not having access to the right to work for refugees has spectacularly negative consequences on the refugee and on the host country. If refugees are not integrated in the labour market, they might turn to black market jobs where they are faced with dangerous and exploitative conditions. Such conditions stretch much further than extremely long hours and extremely low wages – they stretch as far as human trafficking, sexual violence and various other violations of human rights.

The fast and efficient integration of refugees on the labour market is imperative for refugees and advantageous for host societies.

So, to answer the question posed by the title of the article: To put it simply, yes.

Persons granted a form of protection in Romania have the formal right to work in the same conditions as Romanian citizens, according to Asylum Law no 122/2006. Persons seeking asylum, too, have the legal right to start working 3 months after their asylum procedure has begun.

Practically, it’s debatable at best and difficult to realise at worst.

Refugees in Romania are faced with a plethora of obstacles and challenges in the realisation of their right to work, and publicly they are the ones receiving ridiculous amounts of scrutiny for being unemployed – which in turn creates the perception that refugees are lazy, and, as such employers become reticent in hiring them. 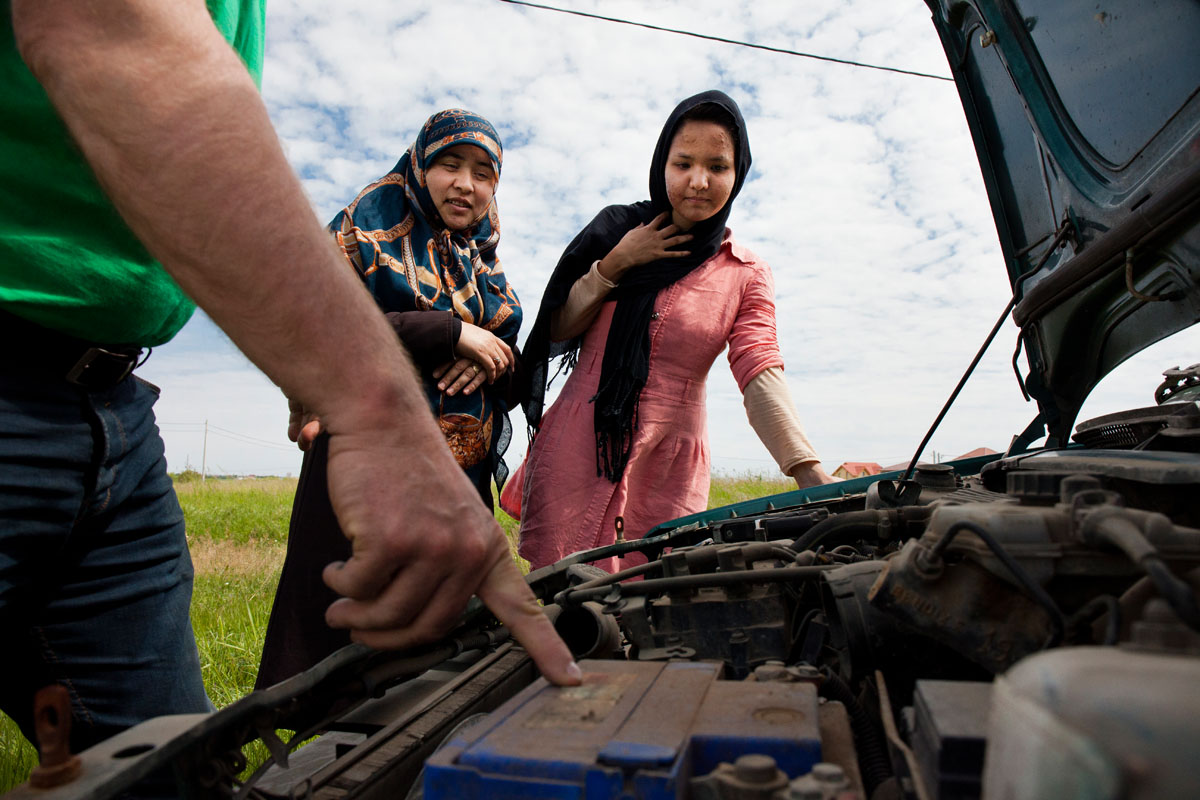 The obstacles that refugees face in their attempt to work in Romania are multi-faceted. Firstly, there is a general problem of perception – from the side of the employee and public alike. Because of generally negative attitudes towards refugees, a lot of people face employment discrimination based on their religion, ethnicity and nationality. They are seen as a menace, as a risk and over-all as an unprofitable investment. There are also situations in which employers are simply unaware of how simple and regular it is to hire a refugee or an asylum-seeker – believing that you have to go through a complicated bureaucratic and administrative permit-gathering treasure hunt, as, granted, you have to do with most things in Romania. As such, there is a need for awareness raising firstly to underline the contributions that refugees can bring to a host country if allowed to work and secondly on how easy it is to hire a refugee – no need for special work permits, for bureaucratic and administrative hassle and over-all no burden on the employer.

Romania has a complicated and inaccessible framework of qualifications that is based entirely on previous formal education. In other words, if order to get any job that requires a formal level of education, one needs to prove the completion of that level of education with necessary paperwork. For example, in order to be a mechanic, you have to prove you completed high school. Obviously, many refugees who have fled conflict and persecution in their home countries did not bring along high school diplomas, university diplomas or other such paperwork. Therefore, in lieu of such paperwork, it is as if they have no formal qualifications and educations, and have to obtain them all over again in their host countries – which is time-consuming and serves absolutely no purpose other than an administrative one.

Another administrative barrier is that mandatory formalities for employment require that the employee speaks and reads Romanian, even if the job per se doesn’t require it because mandatory formalities such as fire safety and workplace safety and conducted in Romanian language. This is an example of incoherent legislation that could be easily solvable if legislation would be conducted having all the groups it would affect in mind.

Romanian legislation does not allow foreign doctors coming outside the EU, Switzerland or the Economic European Area (not even those who finalised their medical studies in Romania) to practice medicine, unless they marry Romanians or obtain permanent residence. There is an important gap in the over-all labour market where refugees could contribute to the society – according to a study conducted by the Center for Documentation and Research in Immigrant Integration, Romania is among the last countries in the EU in what regards the number of doctors with right to practise medicine on national territory, although the number of those graduating from Med School are among the highest in Europe. 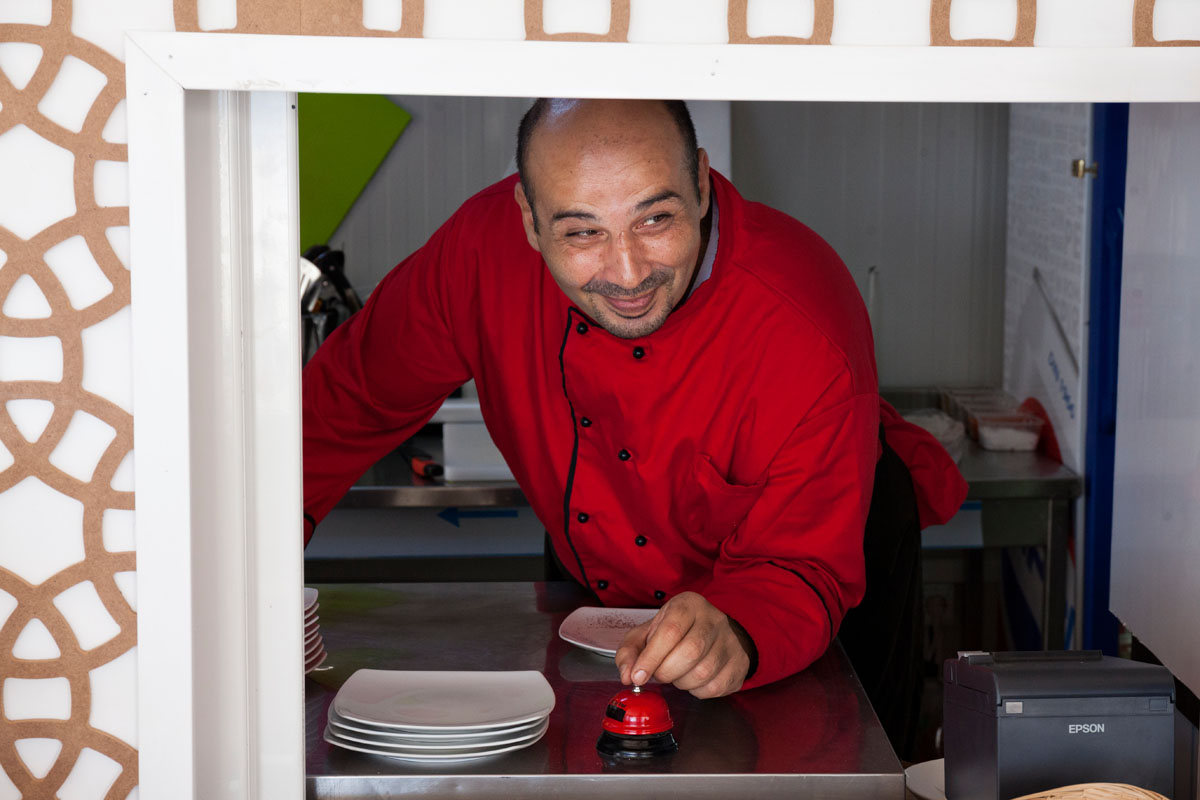 Urgent financial needs coupled with the inability of refugees to prove their qualifications often land them in a situation where they have to take unqualified jobs. Even for those without a formal degree in their home countries, such work is severely underpaid in Romania. The minimum wage does not cover living needs and a lack of support networks make refugees vulnerable to black market job offers and exploitation. We could also make the argument that unqualified labour that does not offer a wage one can survive on is in itself exploitation. Often, such work is the only one available.

During the counselling sessions organised by ARCA NGO, refugees signalled problems regarding the legal work contract, saying that they had to pay an employer to make them a legal work contract. As a condition for permanent residence, refugees must have a work-place and must prove that they can sustain themselves financially for at least three years. As such, the majority of refugees who want to obtain citizenship end up paying from their own pocket to get the proof of a legal contract.

There is an impetuous need for administrative and legislative approaches to become more flexible and to adapt to ever-changing realities. Policies that come in an universal size do not take into account the specific needs of specific groups and do not adapt to various contexts. This flexibility can be translated, for instance, in amending the framework on recognition of qualifications to include a broader set of skills than it does at the moment.

According to an UNHCR study Integration of Refugees Utilising Indicators: Evidence from Central Europe, knowledge of the specific situation of refugees and asylum-seekers is very limited among the lines of political actors with decisional power. This is reflected in the structures of the state – as such, although the Ministry of Interior, the Labour Ministry and the Education Ministry have the common responsibility regarding the integration of refugees, there are no officials or special units within the ministries charged specifically with such responsibilities – fact which might explain why policies are so uncoordinated and sometimes incoherent, because policies are not targeting refugees and asylum-seekers specifically, but resort to what we described above as “one-size-fits-all” legislation and policies.

Activities meant to develop both the competences of refugees and the competences of employers could ensure a more fruitful labour market integration. By mentoring refugees, providing assistance in the recognition of their education certificates or assistance in obtaining such certificates where there is a need, along with encouraging entrepreneurship and intensive language skills, refugees might have more skills to deal with an otherwise difficult environment.

Refugees at ETC Timisoara are learning basic mechanical skills with a local volunteer under the supervision of the UNHCR partner, the Romanian NGO Generaţie Tânără which is also involved in the operation of the ETC Timisoara.   Preda Ioan © UNHCR

On the other hand, developing employer’s competences by organising trainings meant to increase inter-cultural awareness and inform of the rights of refugees will yield more long-term results and improve the situation of all actors involved. The establishment of databases with the aim of further informing people on all sides of the fence – database for interpreters who can participate in career counseling activities, database of employers which are refugee-friendly and innovative integration programs might help fill the gap created by badly written legislation, badly applied policy and incoherent administrative hurdles.