Protection of Children, Not Punishment 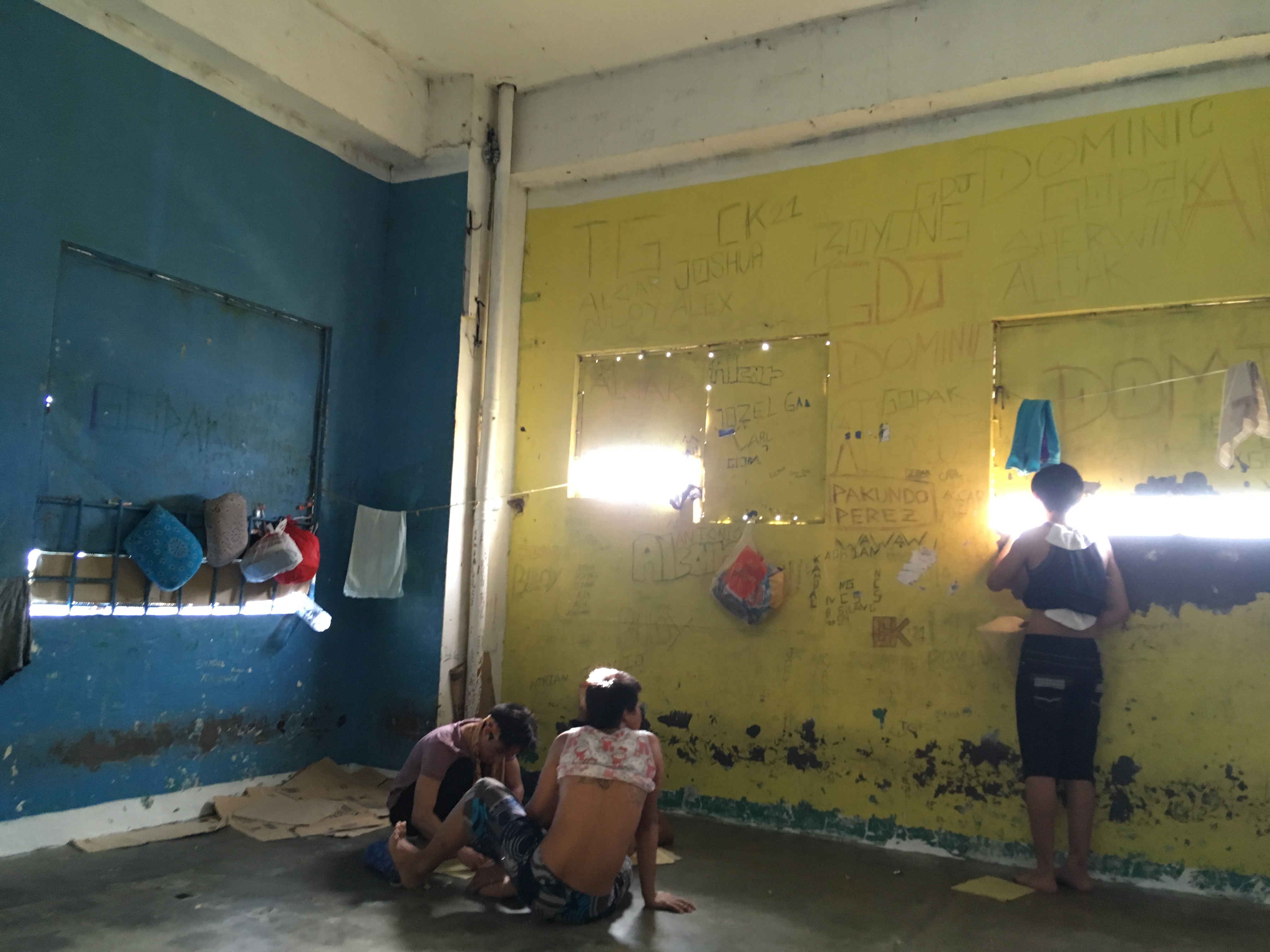 Children in conflict with the law (CICL) in a children’s detention centre in Caloocan, Metro Manila, Philippines.

In and around Metro Manila, children languish behind bars. The start of the 17th Congress on 1 July 2016 punctuated the Philippines with current President Rodrigo Duterte’s deadly “war on drugs” policy, one garnering much criticism from international actors such as the International Criminal Court (ICC), the UN Human Rights Council, and the European Union (EU). “The second half of the year [2016] was marked by a serious deterioration in respect for the right to life, due process and the rule of law,” stated the EU Annual Report on Human Rights and Democracy in the World in 2016. President Duterte’s vilification of human rights extended towards children despite their vulnerability and extra protection ascertained by the Convention on the Rights of the Child (CRC), which the Philippines has ratified less than a year after its adoption by the UN General Assembly in 1989. Since the second half of 2016, several anti-human rights and regressive bills have been railroaded through Congress. The most notable one is the house bill that seeks to lower the minimum age of criminal responsibility (MACR) from 15 to nine (9) years old.

Not that long ago, the Philippines, through the Juvenile Justice Law of 2006 or Republic Act (R.A.) No. 9344, displayed a progressive stance on the age of criminal responsibility (the lowest age at which children can be prosecuted in courts) by setting the minimum age at 15 years old. Prior to R.A. 9344 of 2006, children were locked up in jails alongside adult offenders even for petty offenses, thus leading to more abuse during arrest and detention. 2006 marked the segregation of children offenders from adult offenders. From that point forward, children in conflict with the law were moved to separate detention facilities.

If approved and passed, this bill would further pave the way for more minors to become targeted and affected by the drug war not just through the extrajudicial killings of children whom Duterte dismissed as “collateral damage”, but also through the arrest and detention of children as a first resort. The latter is an extremely commonplace practise in the Philippines and contravenes Article 37 of the CRC which states that the arrest, detention, and imprisonment of a child shall be applied as a measure of last resort for the shortest possible period of time. If approved and passed, this bill would further exhibit the State’s regressive human rights policies.   The passing of this bill would also give authorities more justified violations of the child’s right to life, survival, and development.

The death toll from the war on drugs is massive and children are no exception to this death toll. The number of children killed as a result of the drug war stands at 54, as news media outlets have widely published. These extrajudicial killings were perpetrated by the police or unidentified gunmen from the time period of July 2016 to August 2017. It does not yet take into account children victims from September 2017 onwards. Philippine human rights non-governmental organisations such as the Children’s Legal Rights and Development Center (CLRDC) have been conducting ongoing research and documentation and data show that the number only continues to increase. Moreover, child detention centres consistently house children who have been illegally arrested and are then placed in detention for minor offenses like theft and status offenses such as vagrancy, truancy, running away from home, violating curfew, and underage consumption of alcohol. “We produce a generation of criminals,” Duterte said and further explains that children must be taught responsibility because they are becoming thieves and drug runners. 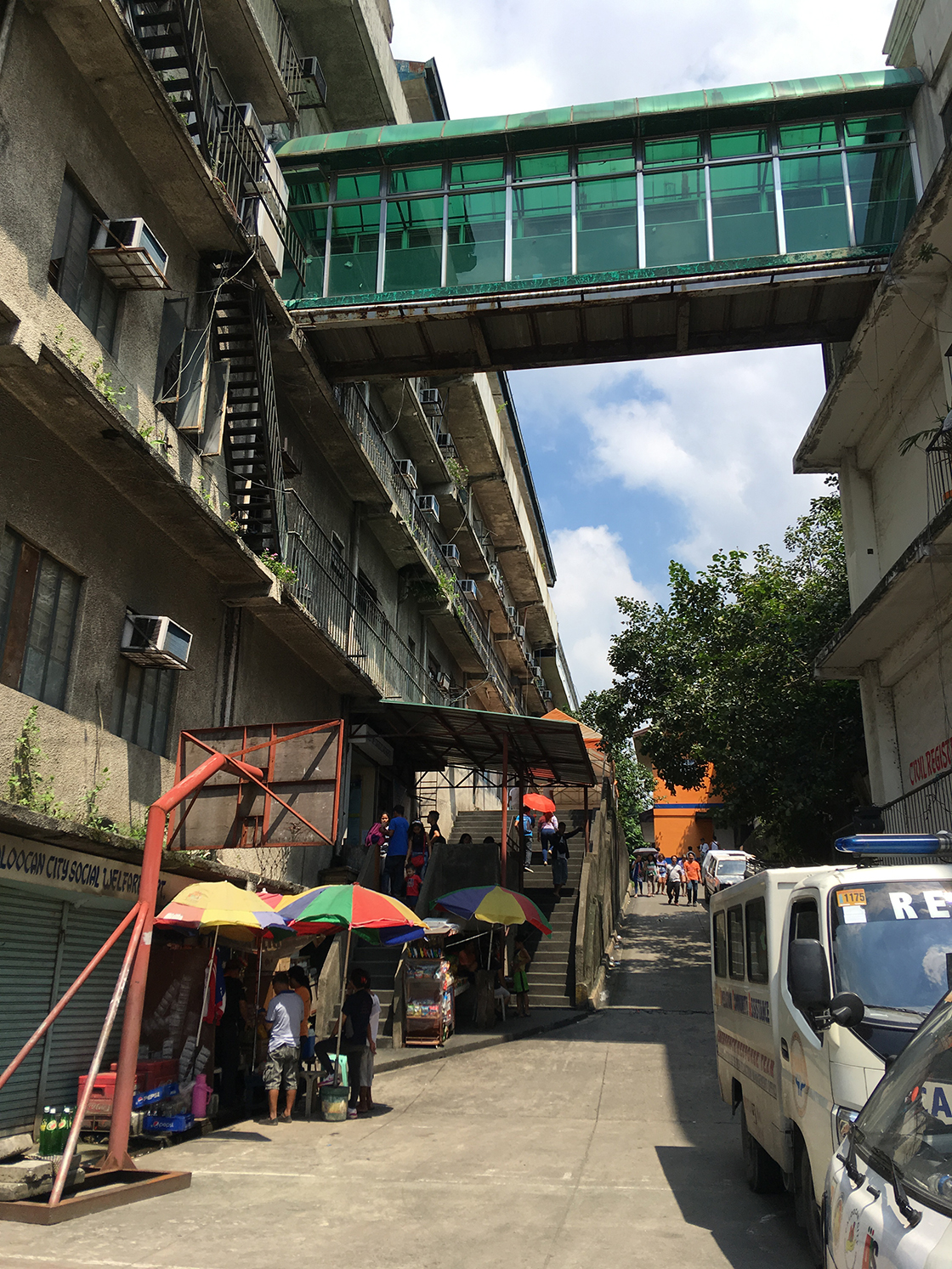 The third floor of the building on the right serves as the detention centre. Children are locked behind bars and are not allowed to play outside. 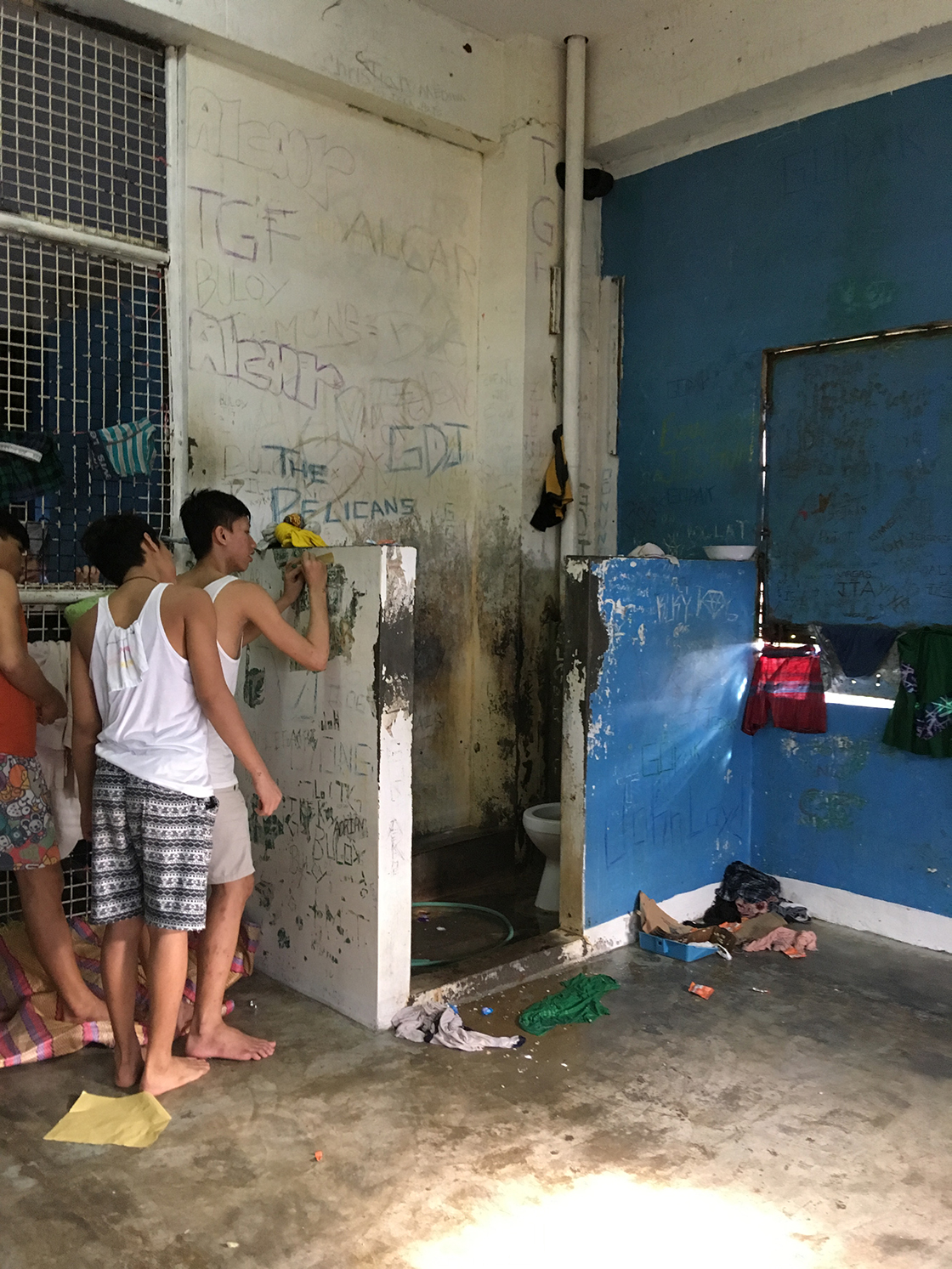 Children in conflict with the law (CICL) in a children’s detention centre in Caloocan, Metro Manila, Philippines.

Support for the Anti-Child’s Rights Bill

Instead of tackling the root causes for the commission of offense, authorities automatically label them as hopeless cases. Those who support the passing of the said bill reason that it will put a halt to adult criminals utilising children, especially in drug-related cases. Authors of the house bill contend that, “the raising of the MACR has resulted in more crimes perpetrated by minors and that criminal syndicates use juveniles in their illegal operations.” If the mastermind of the crimes are adults, why then should children be punished? Instead of shielding minors who are being abused and exploited by syndicates or other adults in their lives, the State continues to ignore its responsibility to protect exploited children who later on become labelled as children in conflict with the law.

Protecting Children and their Rights

Lowering the MACR is completely contradictory to the child’s best interest. It also goes against the recommendation of the UN Committee on the Rights of the Child, which urged for the absolute minimum age of criminal responsibility of 12 years old.  Lowering the MACR would mean a drastic interference with children’s fundamental rights whereby even more children, especially children in conflict with the law, will be subjected to torture and ill-treatment. Children need to be protected, not punished. Therefore, the Philippines must seriously consider the child’s best interest and strive to maintain the MACR as it is.