Switzerland, in its turn, underwent the compulsory Universal Period Review (UPR) process for the third time at the UN Human Rights Council Nations in Geneva last month. The explicit legal prohibition of all corporal punishment of children was, of course, brought up again. Unfortunately, it does not seem that the situation might evolve anytime soon – all corporal punishment of children in the home is not and will not be explicitly prohibited, for now.

Switzerland under the third UPR

In its State report submitted in July 2017, Switzerland reaffirmed the previous position that it has taken numerous times now, stating that: “the Civil Code currently in effect does not expressly prohibit the corporal punishment of children, but it is in conformity with the widespread view that corporal punishment is no longer a method of upbringing compatible with the well-being of the child”. Consequently, Switzerland continues to consider that an explicit prohibition in the Civil Code is unnecessary.

The Global Initiative to End all Corporal Punishment of Children pointed out in the stakeholders’ report that there have been amendments protecting children more efficiently from assault since the last UPR. However, it also highlighted a fundamental flaw: the ‘right of correction’ as confirmed by the jurisprudence of the Federal Tribunal has still not been explicitly repealed and hoped for a recommendation to address this issue as well as a clear prohibition of all corporal punishment of children including the home.

According to the Swiss State, under the Penal Code, a person who repeated acts of violence against, in this case a child, is automatically prosecuted and any bodily harm inflicted intentionally is always automatically prosecuted. This has been repeated in the presentation given during the procedure, where it was reiterated that the Penal Code sanctions attacks to the physical integrity and health, as well as repeated violence against children. Thus, Switzerland made it very clear that no amendment to the Penal Code is necessary either.

Consequently, new attempts to push Switzerland towards this direction have failed, yet again, to the disappointment of everyone. According to the Draft report of the Working Group on the UPR, Switzerland has accepted the recommendation to “prohibit all practices of corporal punishment of children” from Kyrgyzstan, however, it has only ‘noted’ the recommendation to “adopt legislation which explicitly prohibits corporal punishment of children in all settings, including in the home” from Sweden. This is an evidence of Switzerland’s double-play, which has already been apparent previously.

The current situation in Switzerland correctly explained & why such prohibition matters

The Penal Code automatically prosecutes only certain bodily injuries as well as the repeated violence against children when committed against a child for whom the person has the responsibility for. Nevertheless, when it comes to ‘lighter’ bodily injuries which do not leave visible signs, or violence which has not been repeated, there is no adequate protection. This is also evident in the Federal Tribunal’s jurisprudence, which states that corporal punishment in the home are not considered acts of violence unless they surpass a certain ‘acceptable degree’ or a certain repetition.

However, there is no clear definition on what constitutes an ‘acceptable degree’. In these last cases, they are only sanctioned by complaints. Nevertheless, the problem is that the child that does not have the required discerning capacities in order to bring a complaint is not protected since in this case it would be the legal representatives of the child who are to bring a complaint and most of the time they are the perpetrators themselves.

Therefore, in relation to the statement made in the state Report and during the UPR, the Penal Code does not actually automatically prosecute all bodily injuries, and it does not protect the child efficiently in relation to attacks to its physical integrity and health.

Concerning the ‘right of correction’, it has been abolished from the Civil Code since 1978, however, it encourages parents to raise their children protecting their development. Indeed, there is no explicit prohibition and, in any case, there is still a refusal by the Federal Tribunal to explicitly prohibit the ‘right of correction’ on the basis that it has been now widely accepted that it is no longer permitted. This right still exists in the old jurisprudence of the Federal Tribunal and has not been explicitly repealed. Thus, there is still no explicit complete prohibition of all corporal punishment of children and, in connection to what has been said above, children are not effectively protected in every situation of violence against them committed by the person responsible for them.

Actually, the fact that the Federal Tribunal has stated in its jurisprudence that the violence has to either be repeated or surpass an ‘acceptable degree’ is still acknowledging a certain ‘right to correction’.

All of this can seem contradictory since children benefit from a special protection for their integrity under the Federal Constitution.

Consequently, there are currently very obvious and important legal gaps.

The current legislation is bizarre as there are various paradoxes, and Switzerland still does not seem to be willing to take steps to redress the situation and achieve the explicit prohibition of all corporal punishment of children in all settings. In light of what has been discussed above, and as backed up by academia and practitioners, an amendment in either the Civil or Penal Code (as achieved in other European States where all corporal punishment of children is explicitly prohibited and in all settings, together with other measures) is imperative. However, there is more urgent pressure directed towards the amendment of the Civil Code.

It may also be important to note that there is no available recent and reliable evidence on the public’s general attitude in Switzerland towards the corporal punishment of children in the home, but various studies are now in process.

Under its first UPR procedure in 2008, Switzerland accepted the recommendation made by Italy to “consider the explicit prohibition of all practices of corporal punishment of children” by stating that the current legislation into place already explicitly protects children. It had pointed out that the Federal Constitution specifically protects the corporal integrity of children and young people.

It further added that corrective methods that harm the child’s physical, psychological or spiritual integrity are prohibited by the Federal Tribunal’s jurisprudence, and that the Criminal Code automatically prosecutes violence and repeated violence against children by their legal guardians. These arguments are somehow too familiar now although used and formulated differently each time and, as discussed, there are (still) various gaps and clashes with the reality.

These arguments were used again more or less the same way during the second UPR procedure as a basis to refuse the recommendation from Liechtenstein to “establish an explicit legal ban on corporal punishment of children in the home”. At the same time, however, Switzerland did accept the recommendation from the Islamic Republic of Iran to increase efforts for public awareness raising on the negative effects of corporal punishment. Thus, a double-play is apparent for a long time now with Switzerland asserting its support for the prohibition of all such practices on a general level but not taking precise and effective legal steps to amend the current situation.

Both the Committee on the Rights of the Child and the Committee Against Torture have noted and expressed concern various times in their Concluding Observations following the examination of the State Report over the fact that corporal punishment is still not explicitly prohibited in the home, and insisted in the prohibition of all violence.

Various parliamentary initiatives have been undertaken, the last one in 2015 (“Motion Chantal Galladé”) but have been rejected by the Federal Council for the same reasons that were always put forward. This is again a new refusal from a number of initiatives and on the same basis: Motion Feri Yvonne (2013), Interpellation Fehr Jacqueline (2011), Initiative Parlementaire Vermot-Mangold Ruth-Gaby (2006). Even a petition by school students in Berne in 2016 was refused.

Civil society expressed concern at this stubborn stance despite everything that has been done to push for the explicit prohibition of all corporal punishment of children. Nevertheless, the efforts continue with campaigns such as “Fouettez la crème, pas les enfants!” in 2016 by Kinderschutz, projects like “Pas d’claques” of the NCBI and conferences such as one organised by the same organization “La fessée n’a aucune virtue educative” in 2017, as well as the International Conference for the Prohibition of Corporal Punishment organised by UNIGE in 2018.

These projects continue to raise awareness and to push for the explicit prohibition of all corporal punishment of children in all settings.

The situation stagnates, despite international and national pressures, and it remains to be seen how it progresses in the future. Switzerland remains, for now, very behind in the ban of all corporal punishment of children. It is, within the European region, one of the very few European States (together with the UK, Belgium, France, Belarus, Czech Republic and Monaco) without a clear commitment to law reform explicitly prohibiting all corporal punishment of children. Moreover, it is also amongst the 15 Member States to the Council of Europe out of the 47 not having achieved a full prohibition. 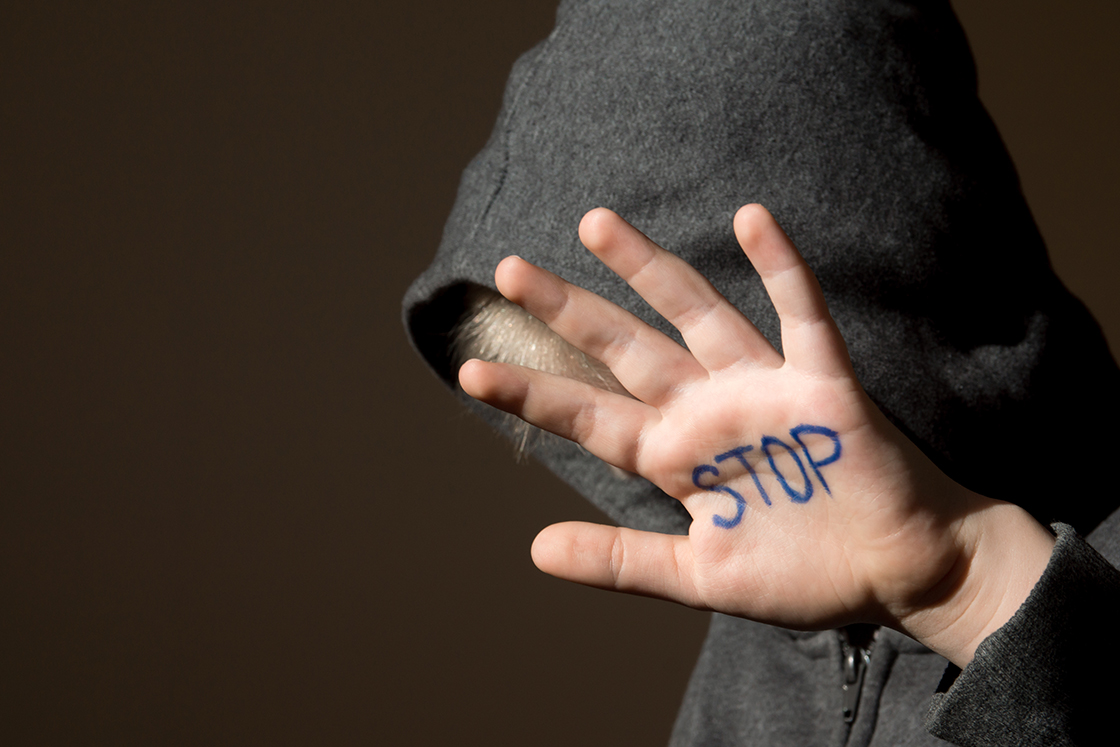 The basics on the UPR:

It is a fundamental mechanism of the UN Human Rights Council which serves as a surveillance of the implementation of Human Rights obligations by State Parties to the United Nations. It is a compulsory process which takes place every four/five years in order to obtain an “état des lieux” of the Human Rights situation in a State. The procedure takes the form of a dialogue whereby UN Member States ask questions, comment and make recommendations to the State under review following the analysis of the State report, UN documents and stakeholders’ information. Following the process, an outcome report is drafted by the Working group (The “Troika”, composed by three States appointed to lead the session, and which change every time).